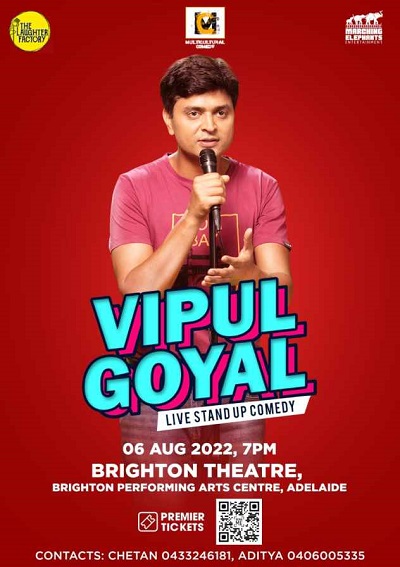 Presented to you by The Laughter Factory and Marching Elephants Entertainment.

Vipul Goyal is an Indian stand-up comedian and actor. He is counted among the top comedy performers in India and also plays the main protagonist in the web-series Humorously Yours.

He is often called the Indian Seinfeld as he does some observational comedy. Goyal is a pioneer of clean comedy and his content is based on topics like Indian dads, Facebook, engineering, Sachin Tendulkar, Indian trains, dating, management, and politics.

Book your tickets now to enjoy the laughter riot.