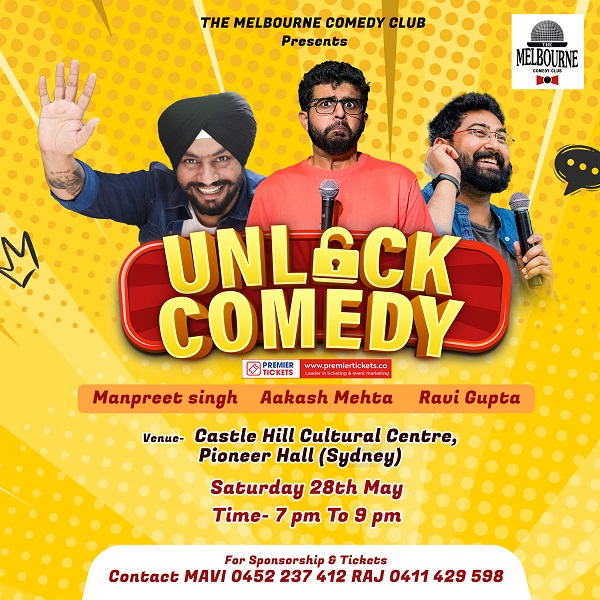 The Melbourne Comedy Club presents  – UNLOCK COMEDY – the TRIO Stand Up Comedy Show. Get ready for some laughter blaster dose!

Manpreet Singh – Manpreet Singh Aka the comic singh is a Punjabi comedian popular for doing family friendly content. He rose to fame after his stand up videos made everyone laugh in and across the country. He has become a household name in Punjab with his quirky punchlines and unique storytelling.

Book your tickets on www.premiertickets.co